Wow! It has been an overwhelming couple of days of reading and responding to emails, comments, and even messages from people we know—such a big big surprise for me, and even for Warren! Humans of New York rocked our worlds! No complaints though, it’s been days filled with love and support, as well as inspiration from people (most of whom are from different parts of the world!) who share the same story as ours. From the bottom of our hearts, we simply want to say THANK YOU.

I have been asked several times if I will be writing about the full story on how Warren and I found each other, the HONY photo, etc. etc. And yes, since we are still on a high from all the support we have gotten throughout this weekend, I would like to share it! But just to warn you, it’s not as “epic” as it may seem to be. We are simply 2 people who found love at the right place and at the right time, as most of you have. I really owe it to God’s unending grace and perfect timing. This is how Warren and I came to be sure that this is meant to be. Brace yourself since this might be quite a long post! LOL!

Warren and I were supposed to meet back in 2010, when he was supposed to come home to the Philippines for work. We have a lot of common friends who wanted to set us up since we were both single, but I guess we were also both preoccupied with work and our past loves. A couple of weeks before the said trip, he was re-routed to Canada! The pairing died down soon after that.

Looking back, I can truly say we were not meant to meet at that time.

There are 2 charitable organizations that I support, Saving Grace (a prison ministry, giving monthly supply of toiletries and basic needs to women prisoners) and Joseph Feeding Mission (a feeding ministry).

One day, my cousin, who handles the logistics and finance of these organizations, randomly called me to ask if I knew a certain Warren Villanueva. I said, yes, he was supposed to come here and meet me, he was being paired to me but it never materialized.

She said “Well, he says hello.” I said “What???” LOL. Apparently, if one donates via Paypal (sorry I haven’t used it yet so I don’t know), there’s a message box there where you can write a message to the person/institution you’re giving your money too. I remember reading Warren’s message at that time: 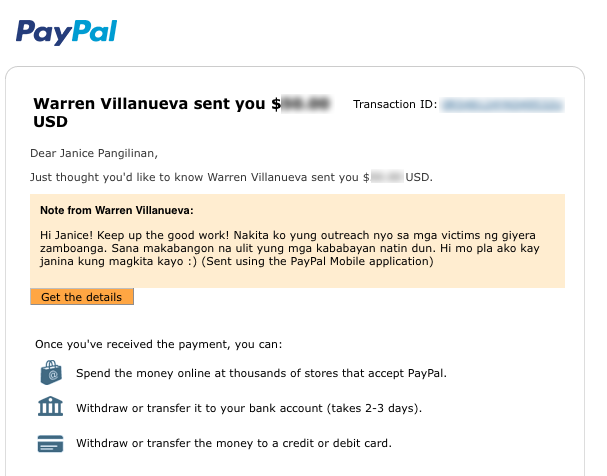 Note says: Hi Janice! Keep up the good work! I saw your outreach to the victims in Zamboanga. I hope our countrymen there will be able to bounce back. Please say Hi to Janina for me if you see each other 🙂

For some reason, that simple hello got me smiling for HOURS. I was recovering from a heartbreak then, and I guess it helps your ego when someone notices you—even with just a smile or a simple greeting.

Out of curiosity, I asked my cousin about his file, and what she told me next blew my mind: Warren has been consistently donating to these groups for more than a year. CONSISTENTLY. We BOTH support the SAME causes, the SAME CHARITY! Without me or any of our friends knowing it. Immediately I thought, wow, this guy’s both genuine and generous.

About a month after, his grandmother passed away. I know it broke his heart. I reached out to him through his Instagram post, but it was just to send my condolences and prayers. A few more months after, my grandmother passed away. And it broke my heart too. He asked for my number and reached out to me. He lightly joked that maybe our Grandmas are in heaven, now good friends. After that, we started exchanging Viber messages everyday.

I remember during the devastating time of typhoon Haiyan (typhoon Yolanda was the local name), I donated water to be sent to the affected areas, but was not able to reach the goal of Joseph Feeding Mission. Warren and I were talking about it and he said he was about to send his donation as well. The need at that time was so urgent, so massive, and we don’t really know how far our small shares can stretch. Funny because Warren thought of “combining” our donations (without my knowledge!) in order to make sure we were able to give something that’ll count: 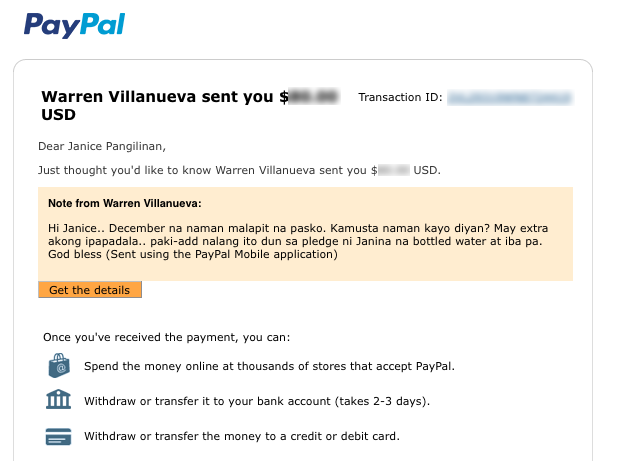 Note says: Hi Janice, it’s December again, Christmas is almost near. How are you there? I have something extra to give. Please add this to Janina’s pledge of bottled water, etc. God bless.

In the middle of discussing our struggles in our daily lives was something we found in common: sharing, faith and prayer. Warren is unbelievably grateful for every small thing in his life! It’s crazy how much he appreciates even the most common things that he encounters. He shared his life and how much praying saved him and gave him all the blessings that he needs. This is why he relentlessly help organizations he believes in, no matter how small he can share. This helped me value a lot of things that I took for granted in my life too. Soon we were exchanging daily devotionals, and sharing what we think about them.

I never really saw him as someone who was pursuing me, rather, I saw him reaching out to be my friend. The odds were against us: we were thousands of miles apart and I was not about to go into another long distance relationship, not when my last relationship ended because of that. I know it was the same for him. Plus, I have never seen or event talked to him or heard his voice. That’s just crazy, right? 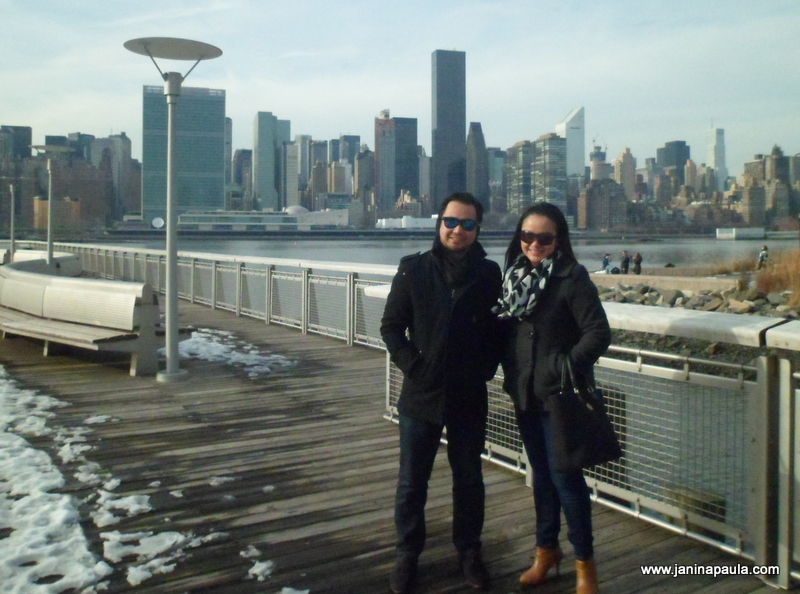 Whoa. I think this post is too long already. I’ll need to cut this short and post the continuation later or tomorrow. 🙂