Finally found the time to transfer photos from the camera!

It was late September when we finally took our much-awaited vacation. I say vacation rather than honeymoon, because people found it weird that I was bringing my sister (and her boyfriend, Kevin) along on this trip. I think Warren already accepted the fact that it will always be a package deal for the two of us, Joana and I. Hahaha! Though she and Kevin only stayed a few days with us, so we still got a few days to ourselves. 🙂

For our first trip as #MrandMrsVill, we went to San Francisco! Loooove the weather, wide roads, fooood and cultural diversity. To me, it’s like New York with a bigger breathing room and closer to the beach. I can’t get over the city’s charm. 🙂 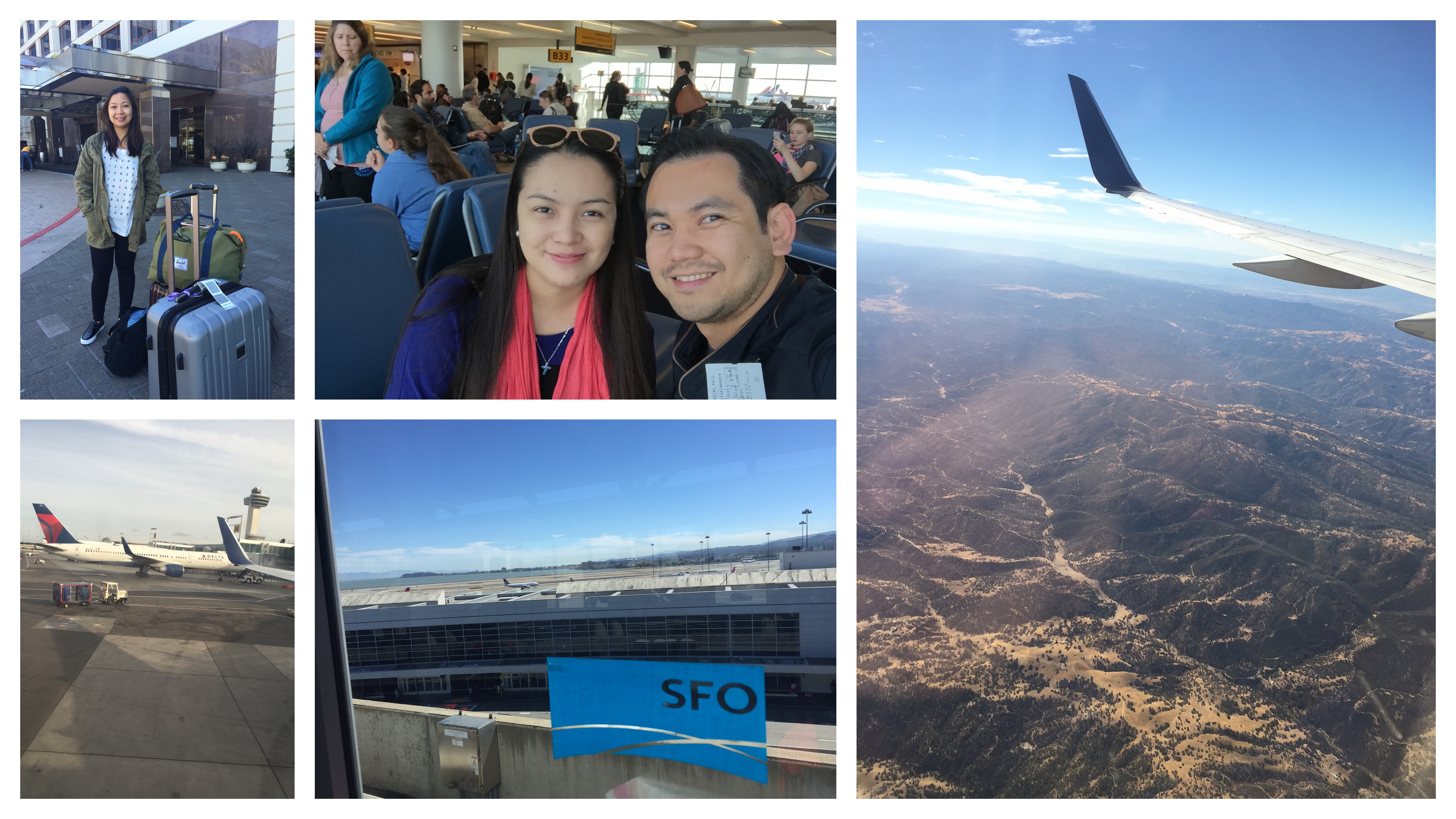 Luckily, we have relatives all over the area to help guide us what to try and where to go.
I’m so thankful that they even organized a reunion (I have 4 cousins with their respective families) for us the weekend we arrived. It’s funny how our honeymoon turned out to be a reunion– but it’s such a treat to be around family. Being surrounded by the people whom I grew up with made Warren get to know me a more, too.

Soooo hungry from an almost- 5-hour flight (longer for Joan and Kevin), our very first stop after arrival was the famous In-N-Out Burger in Millbrae, the branch nearest to the airport. Yum yum yum! 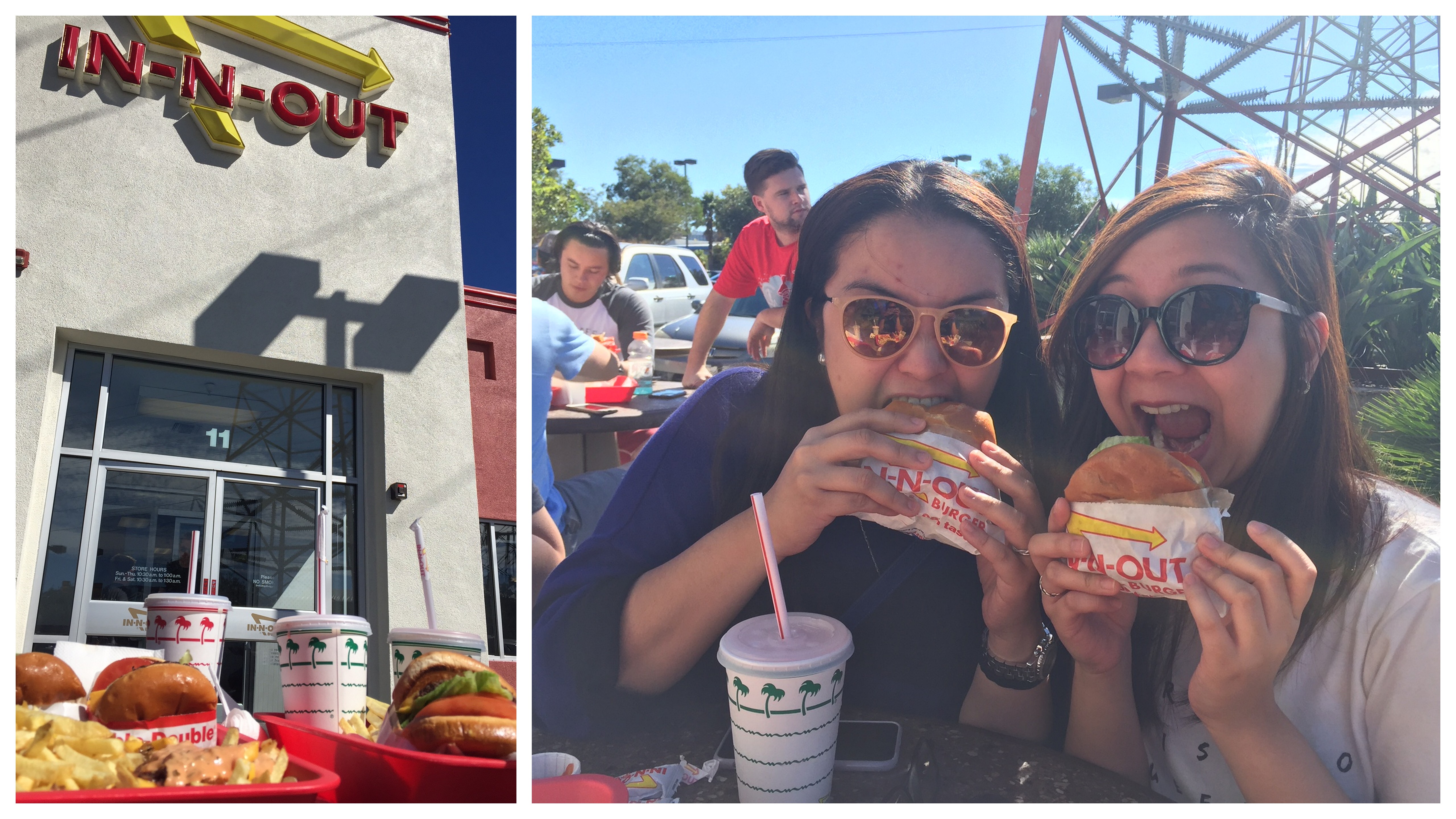 Since Jo and Kev were only staying with us for a while, I asked Jo what place she really really really wanted to visit, and it’ll be the first place we go to. I thought she’d say “Sausalito” or “Golden Gate Bridge”, but she told me, “Half Moon Bay. There’s a beer brewery there I want to try.” Not knowing where it was, or if it’s near our cousin’s house (where we’ll stay before heading to Napa Valley), I said sure. We’ll go. We just can’t waste any time, so right after eating, we jumped back to the car and drove about an hour down south, where I saw why she wanted to go there so much. 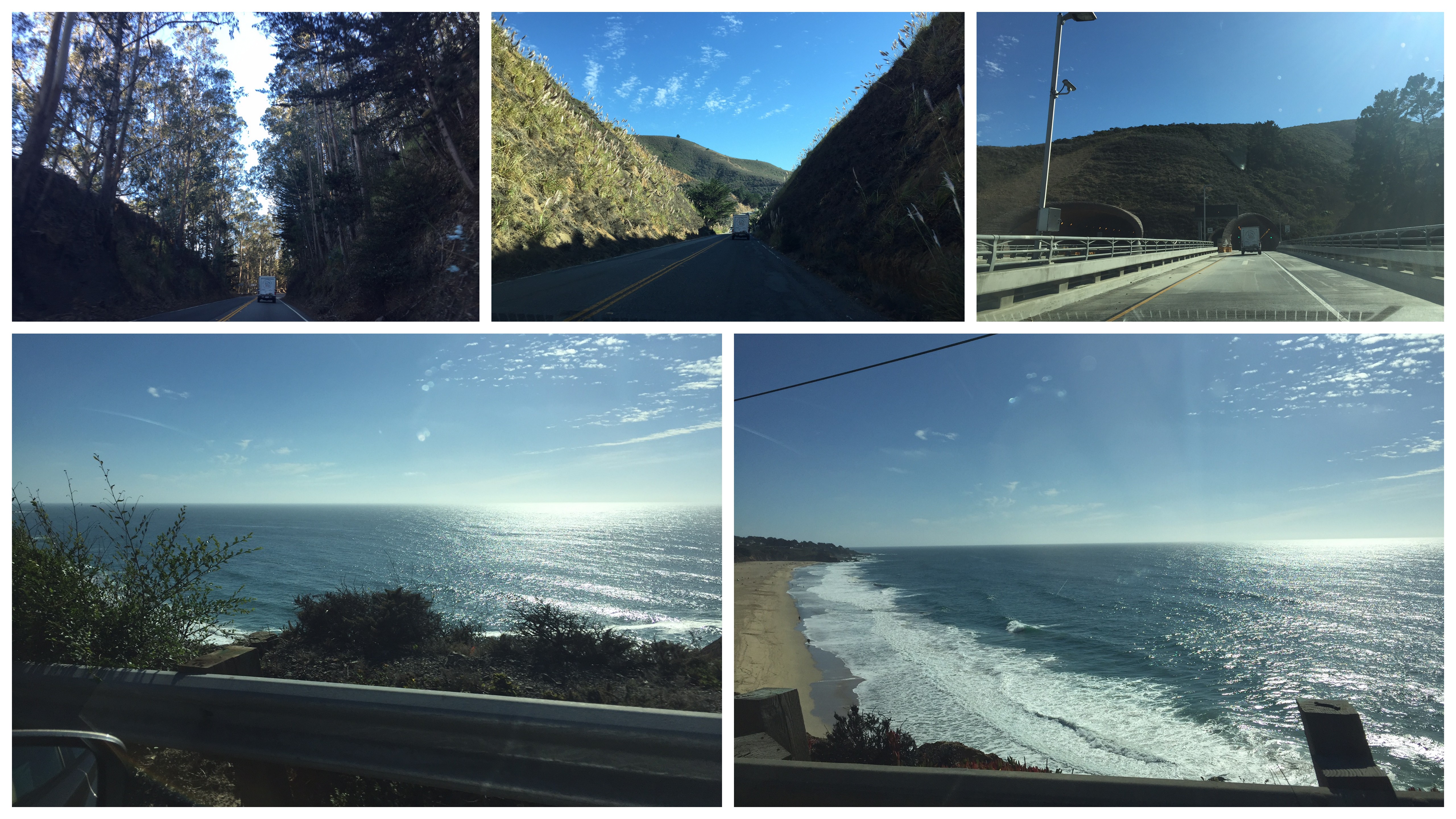 HALF MOON BAY. We drove through different types of roads (into the forest, valley and even tunnels) before we got to see this beauty.

Half Moon Bay is located in the San Mateo County in California, about 28 miles south of San Francisco. We didn’t have a lot of time, we could only stay for about two hours before heading back to have dinner with our cousins, so I would say we only saw 1/18 of the place. But it was BEAUTIFUL. Relaxed with that summer vibe I’ve always liked, walking around the area was refreshing. This is a place to go back to. 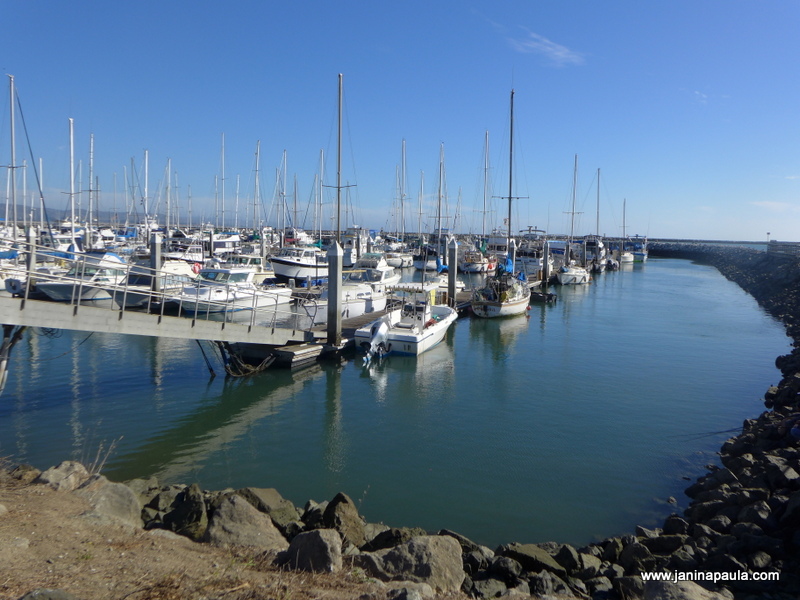 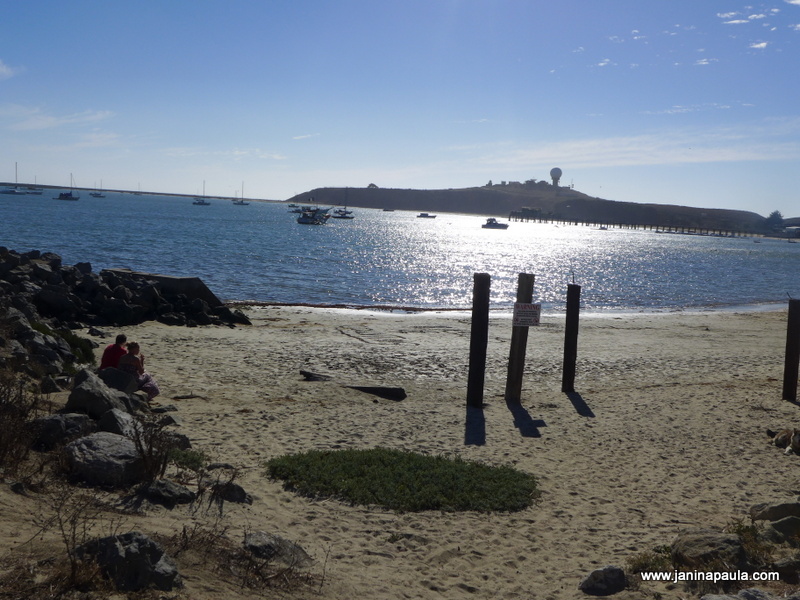 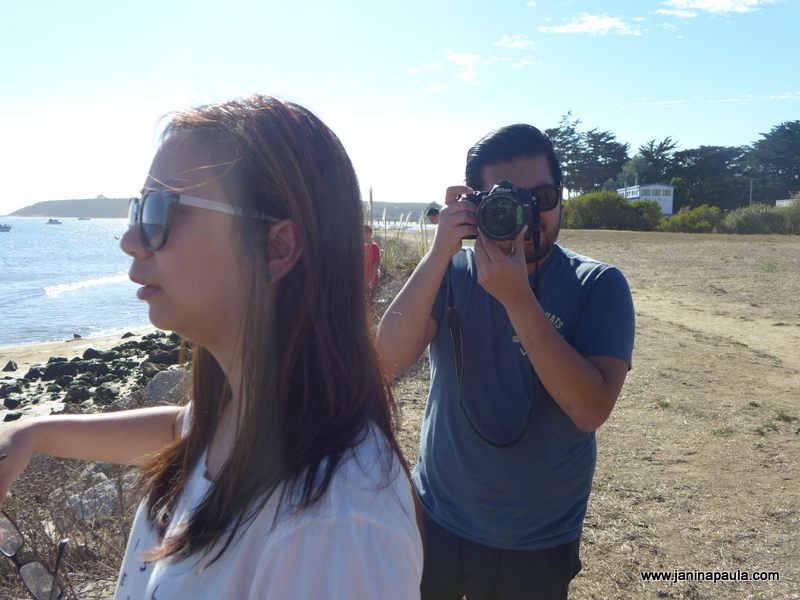 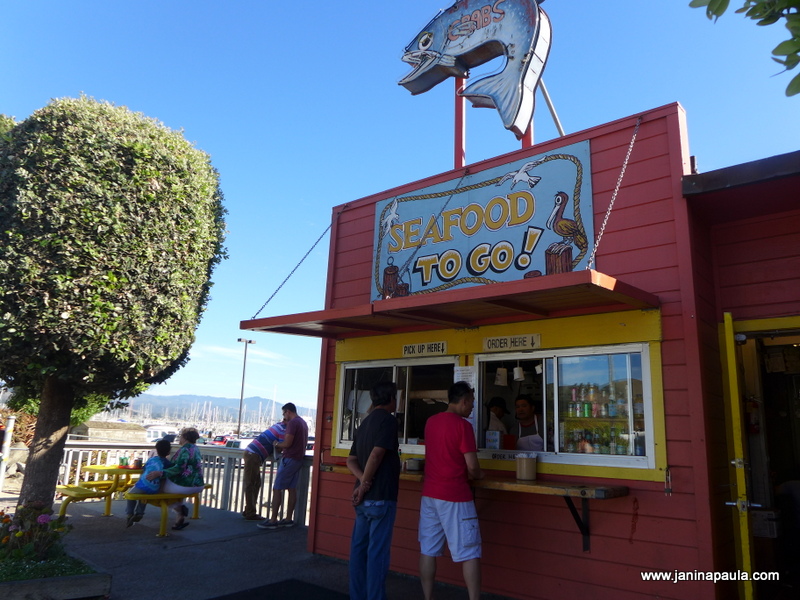 Who wouldn’t want Seafood To Go??? Just get your fix and hang out by the beach! 🙂 Note: There was absolutely NO litter by the shore where we walked. 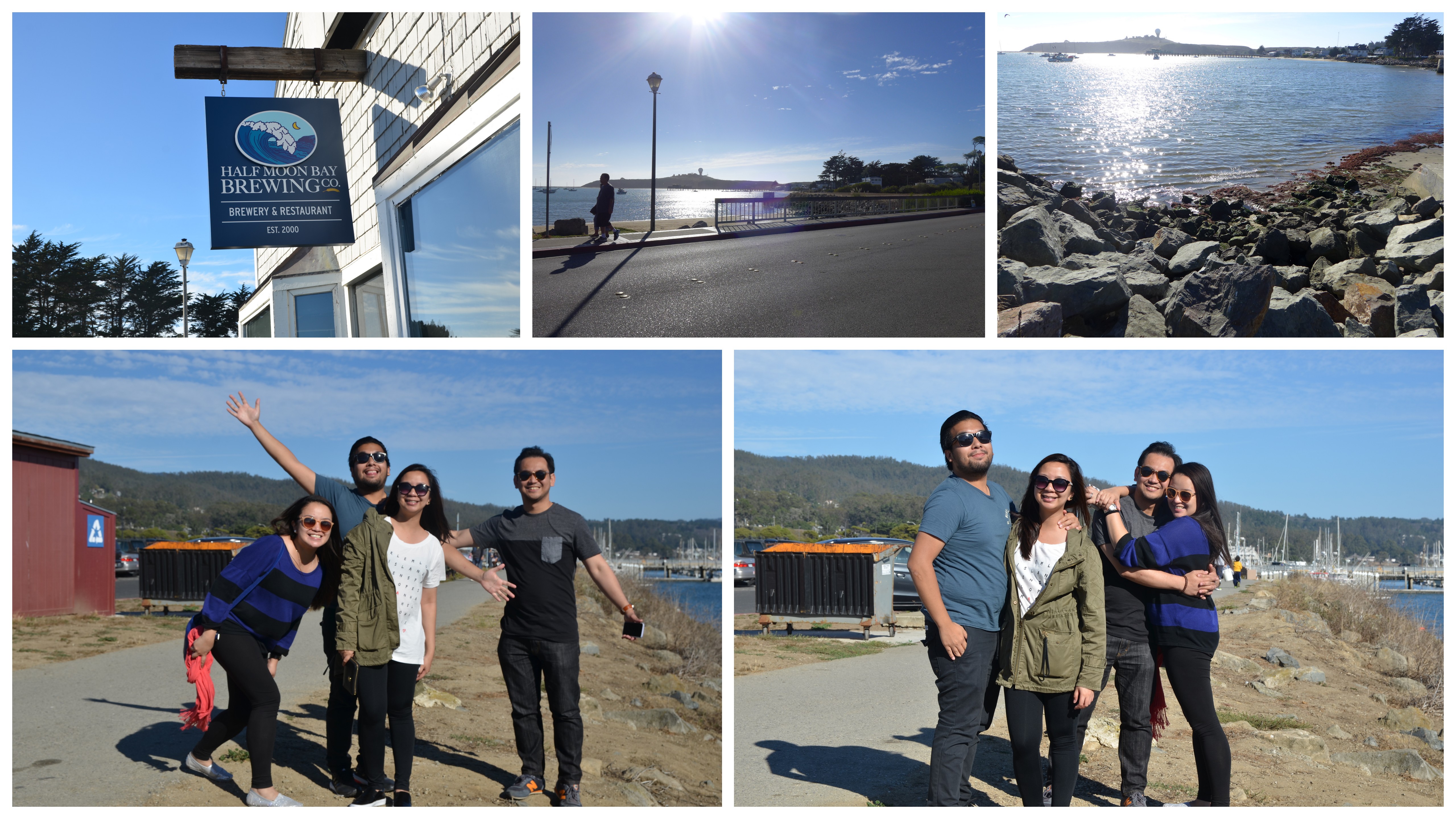 We went to Half Moon Bay Brewing Co. to try out their beer sampler and truffle fries. I particularly liked their Amber Ale and IPA (which I believe were the first and the third in this row). Smooth and Fruity. 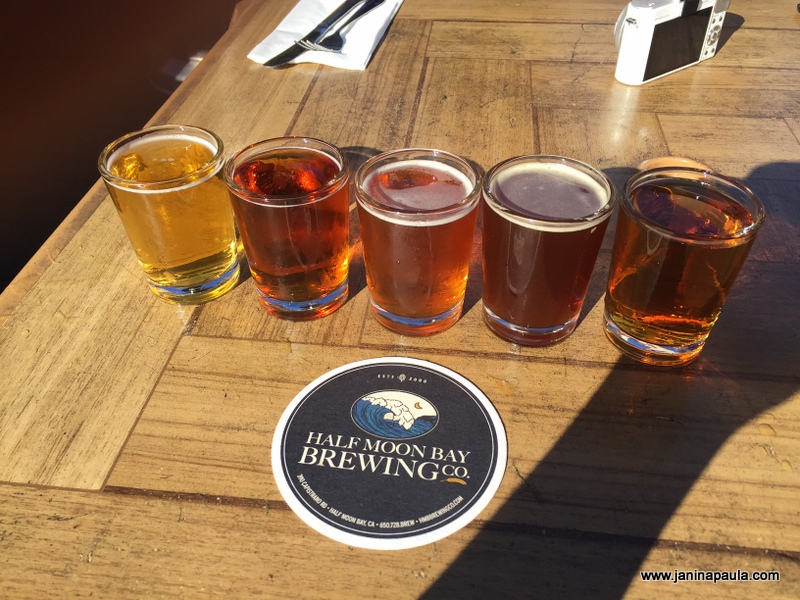 It was a good way to unwind: the waves, crisp air, beer, and soaking under the sun. It was the best way to officially start our vacation. 🙂 🙂 🙂 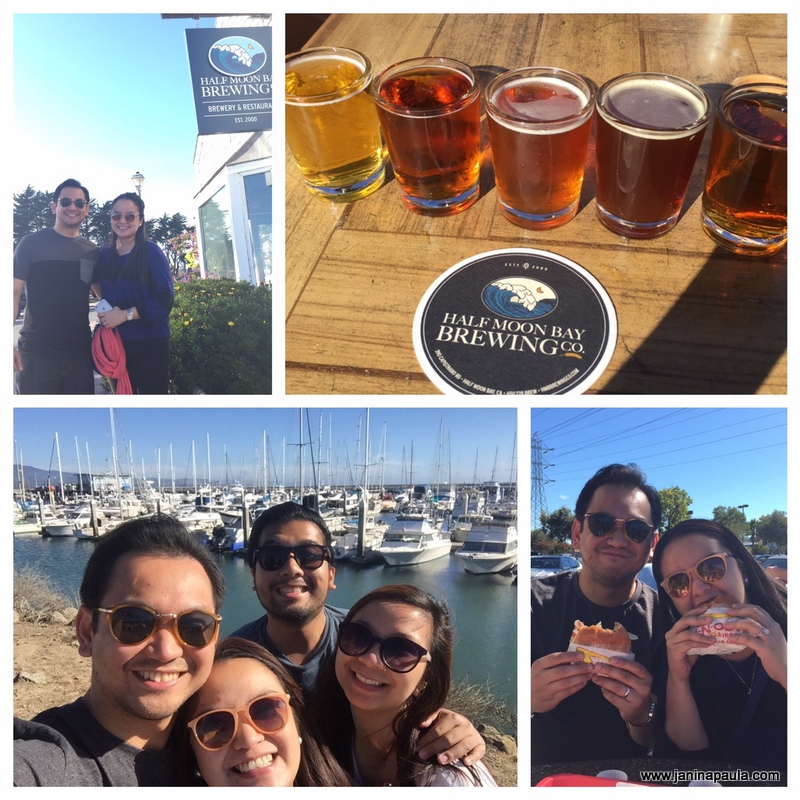