One Million March to Luneta

As the news said, it all started as a “shoutout” on Facebook in the middle of the much-talked about Billion-Peso Pork Barrel Scam in the Philippines. This “shoutout” got passed to a friend, then another friend and another friend, and before long, a date and venue was set for the MILLION PEOPLE MARCH. 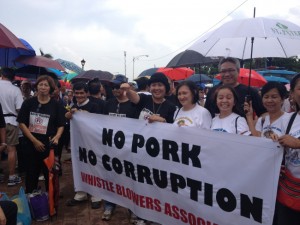 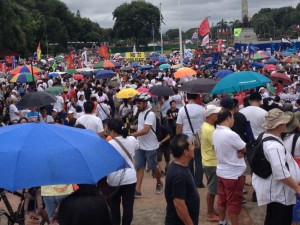 August 26th is the Philippine National Heroes’ Day. It best fits the date of the rally as its participants, the tax payers, are all considered heroes of the country. The venue is in Luneta Park, a historical public park in the heart of Manila. The goal: to have a voice and be heard by the government for the following cries:

SCRAP PORK: Successive governments, including the incumbent, have failed to safeguard our interests by allowing and SUPPORTING all kinds of corruption in the pork barrel system. We, the taxpayers, are always told to be patient because the government lacks funds. Now we know why — our money, billions of pesos worth, have been siphoned off by the corrupt.

ACCOUNT FOR ALL SPENT PORK: If we truly want to rid the nation of corruption, we cannot focus only on one sector or one administration. There is no such thing as “unaccountable” power to spend OUR money.

INVESTIGATE AND PUNISH THOSE GUILTY OF ABUSING PORK. Scandal after scandal shows corruption involves private as well as public institutions and sprawls across all branches of the government. Enough. Everyone must be held accountable.

We acknowledge President Benigno Simeon Aquino III’s response to the people’s mounting anger. This is a positive sign. But “Pork” is not just PDAF. Pork means all modes of public spending that has little or no accountability. This includes the billions and billions of discretionary funds in all branches of government.

From: the Petition of Peachy Bretana via www.change.org 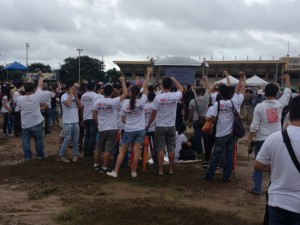 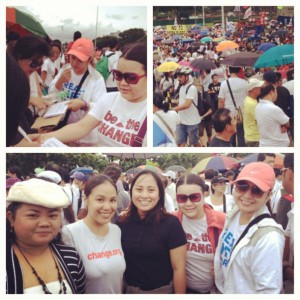 People from all walks of life came to Luneta that day—mostly dressed in white. It was such a beautiful sight, and the weather cooperated well too—no sudden heavy rain, just small drizzles every now and then, and it was breezy. I took my time to breathe everything in—the tents and tables of different activities, people singing, some praying, the signages that each group carried, the smiles and hugs when each one sees someone they know. For a political rally, it was really peaceful, and I am glad. Looking at the individuals that came, these aren’t just groups transported by their respective LGU’s (it often happens that during a protest or rally, groups are being transported by some politicians to make the crowd appear thick, and the protest well-attended). These are actual TAX PAYERS. I saw doctors and nurses, businessmen and businesswomen, employees from the BPOs and various private sectors, priests, nuns, teachers, students. People who doesn’t just pay taxes with their salaries, but with their everyday expenses. Responsible citizens with real pains from the scandal that rocked the country for the past month. 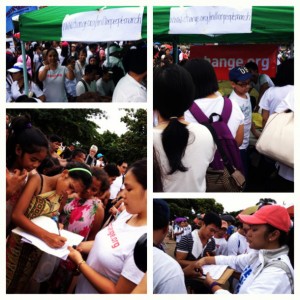 With the Million People March came a campaign that needed 1 Million Signatures for the petition mentioned. My friends and I volunteered to get everyone to sign this petition, both online and on grounds during the event.

Since they said this was a “leader-less” protest, various groups did their thing, whether it was praying, public speaking, chanting, dancing, playing musical instruments and singing. Using arts and music, different talents are used as VOICES to declare their piece. 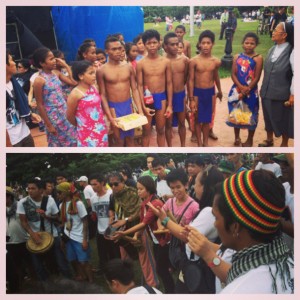 My parents used to say that the EDSA Revolution (being the most peaceful revolution in the world!) is indeed something to be proud of as a Filipino. Now I know what they mean. Taking a stand, and doing my part as a Filipino really makes me proud and inspires me to be a better citizen. 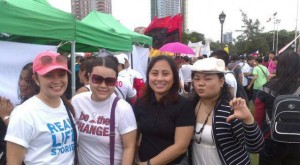 “Be the change you wish to see in the world.”