Gender Revealed. Our Baby Pnut is a…

After weeks and weeks of waiting, we finally know what Pnut will be….

I was lucky ate Daryll (Warren’s sister) was in NY for a quick vacation– I gave her the sealed envelope containing Pnut’s gender, and she tried —soooo hard—- to keep it to herself. Whenever we’re around and we’ll talk about plans for Pnut, or what Pnut will become when he/she grows up, I would really see how hard she is trying keeping a straight face. The only person she can talk to about the actual gender was Joana, and together they worked on the decorations and cake.

Then the day finally came! We tried to keep it simple, just eat dinner and have “the gender reveal” cake. But the thing is, when you have a big family, even the simplest of dinners seem like a party. No complaints here, that’s what I love about our family! 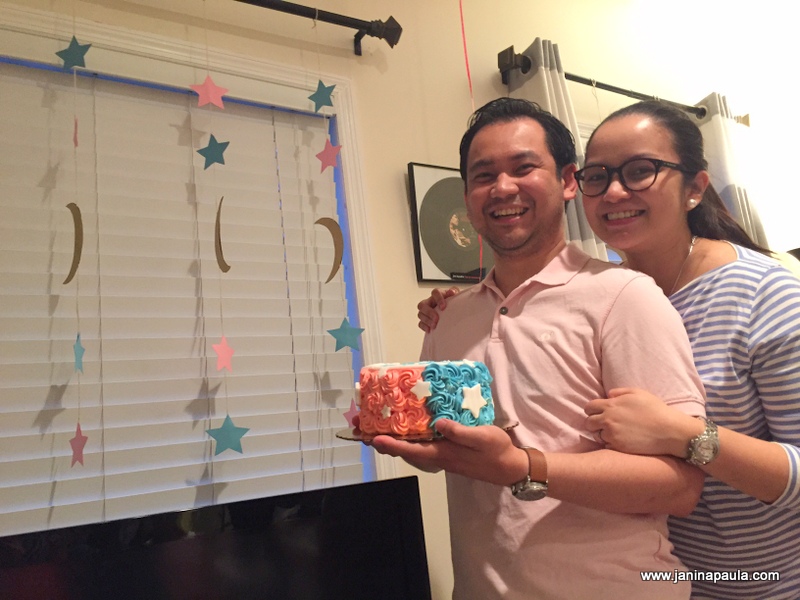 Can’t get enough of ate Daryll’s handiwork! I kept it on all windows, and I plan to hang them by the windows in our room, near Pnut! 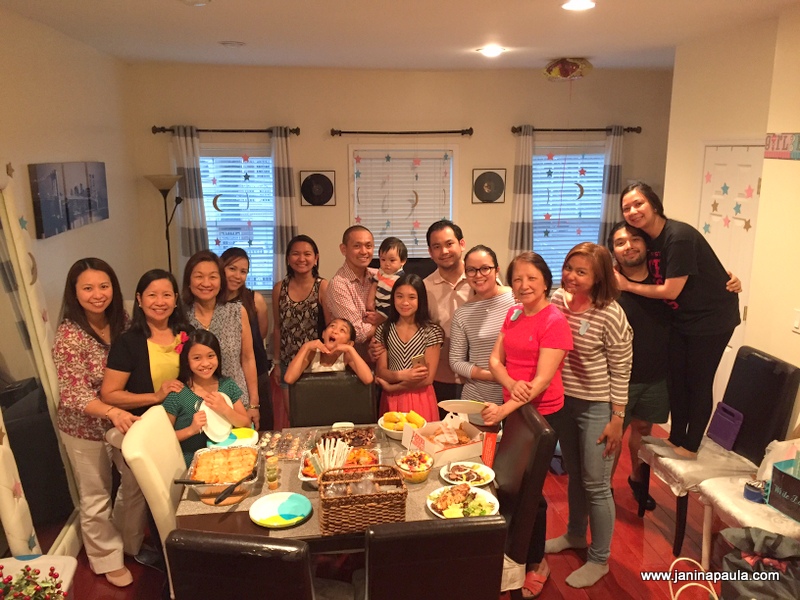 We “wore” our vote– but to those who weren’t able to, there were cut-out paper onesies to be pinned on his/her shirt. Each one has to have a vote! 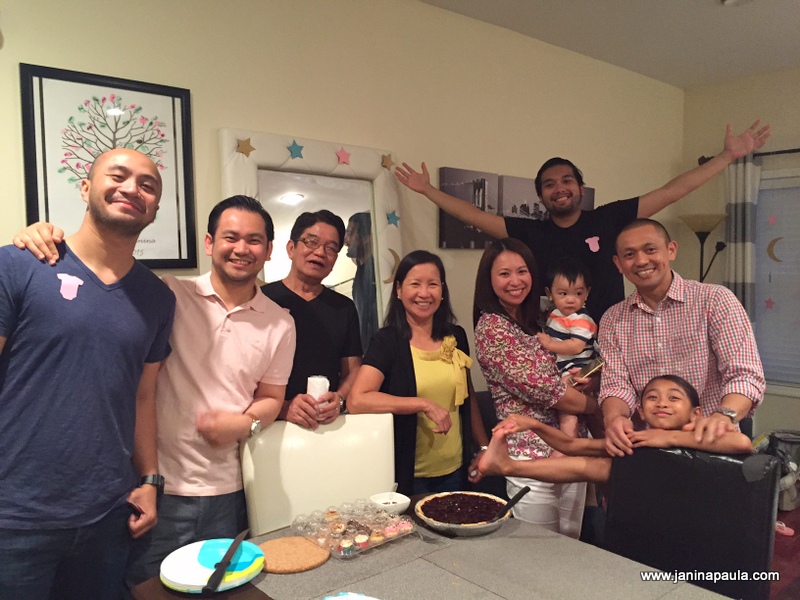 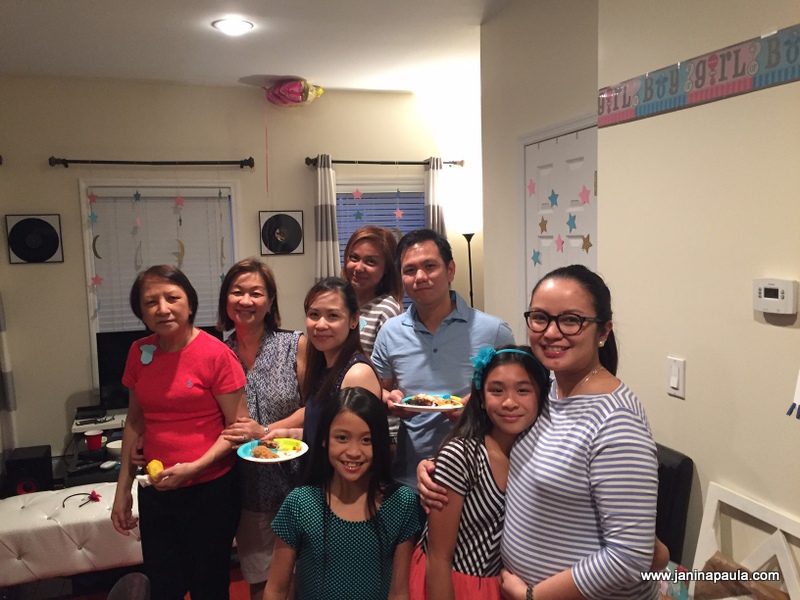 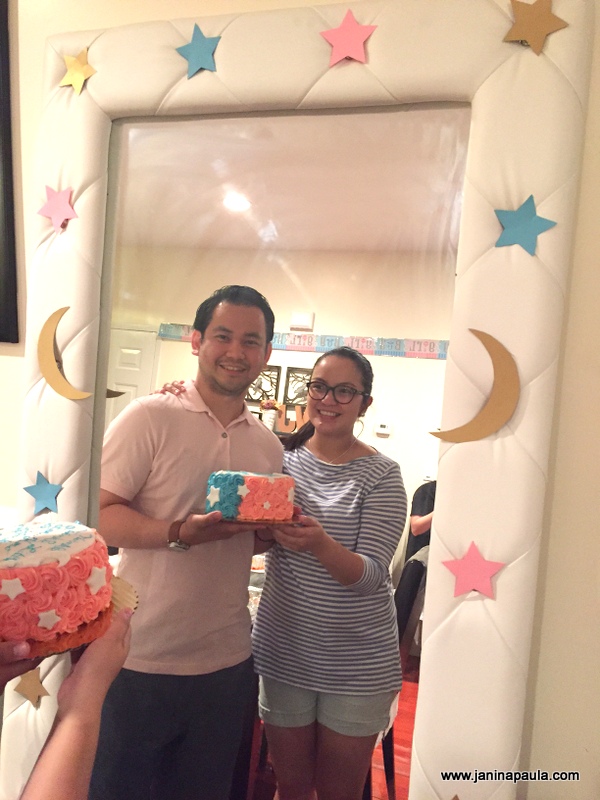 Look! Even our mirror was decorated! 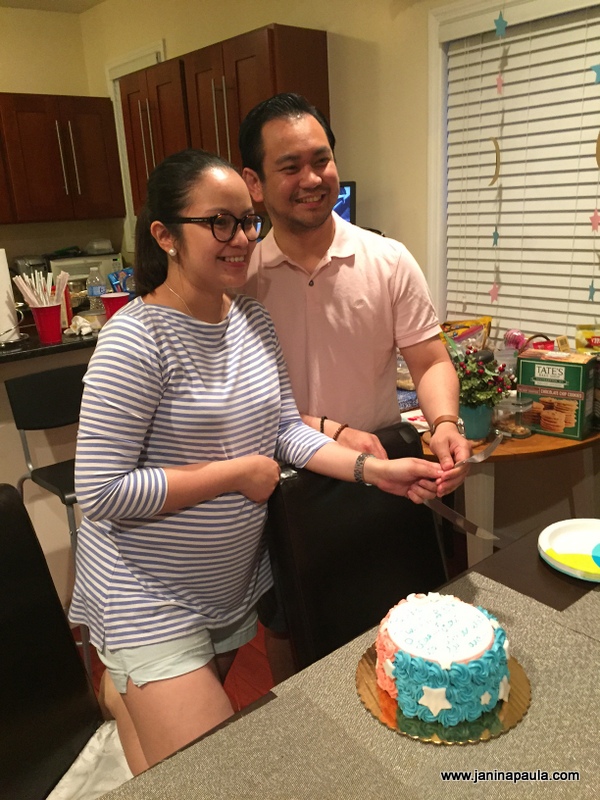 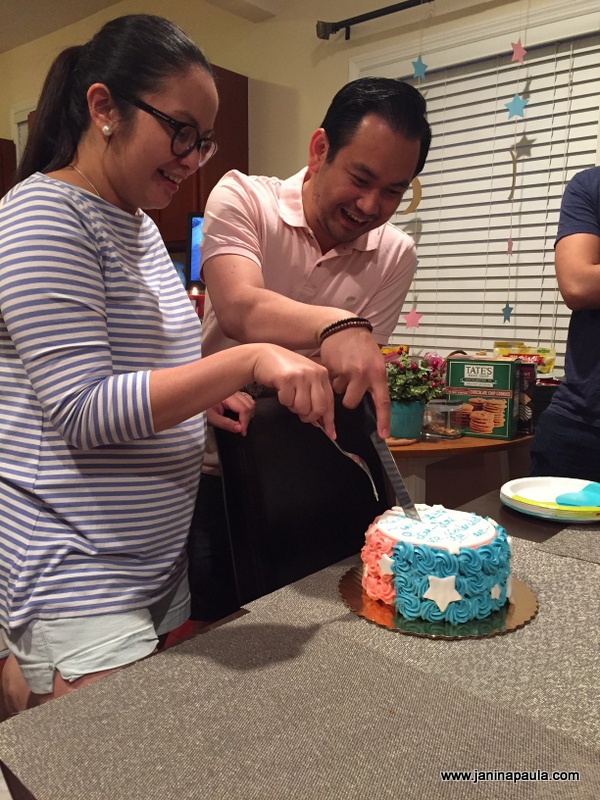 Aaaaand, here it is!!!! The cakes inside icing is PINK STRAWBERRY!!! Oh how my heart was full that night– I’m overjoyed to know we’re having a little princess! 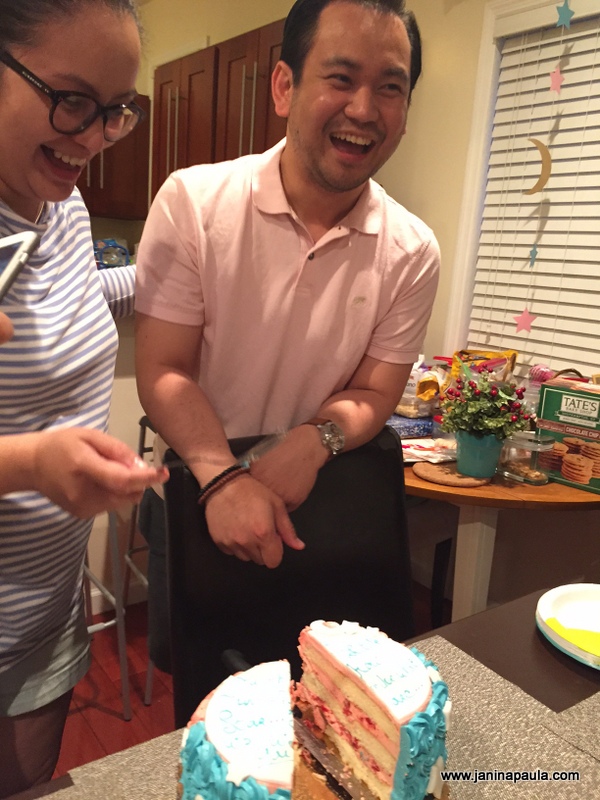 Thanks so much Joana and ate Daryll for keeping our secret for as long as you did– and for making our mini gender reveal announcement so fun and memorable! 🙂 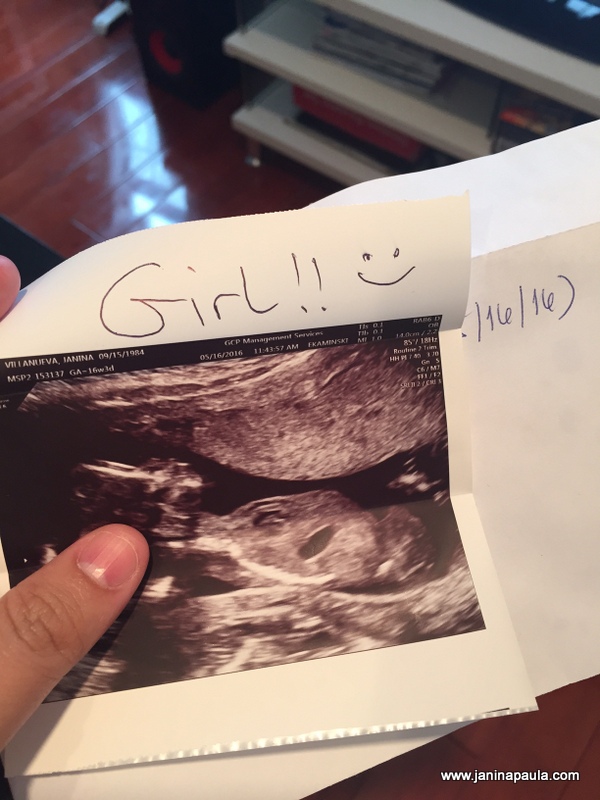